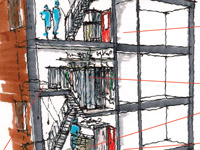 Over the last century, the average American home size has ballooned from 900 to over 2400 sq ft. Only in the last couple of years have home sizes started to decrease.  This change in trend is likely due, in part, to the recent economic downturn.  Irrespective of economics, it is important to investigate options to live more densely and within a smaller dwelling.  Its not a stretch to assume that in most places smaller spaces is associated with personal financial failure but in places such as Tokyo and Amsterdam this notion does not necessarily hold true.  Some of the highest rent districts in these cities contain some of the smallest dwellings.  This does not just mean building smaller homes in the future, but looking for creative opportunities to incorporate the re-use of our already-built environment contained within an existing infrastructure.  This is true sustainability.

We wonder what could be done with a tall, narrow space such as the unused staircase in this six story residential building in urban, Northwest Portland?

In 1996 when this historic building was converted to condominiums from apartments, the stair on the West side of the building was disconnected from the first floor to allow space for mailboxes and a larger access point onto the local NW Portland street. After that point, the staircase was no longer used because it does not connect with the ground floor. 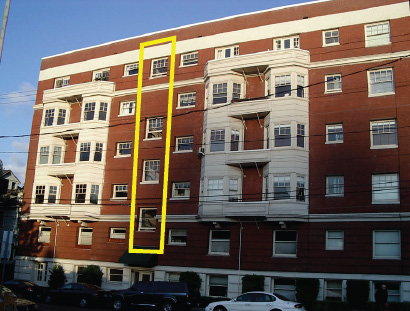 This building was constructed in 1911 essentially with a symmetrical floorplan. The only outstanding variant to symmetry is this staircase. There is one elevator in the building, in the center of the “U” shape. The main staircase wraps around the elevator. An exterior fire escape serves as the second means of egress for each hallway. The U-shaped building is huddled around a gated central courtyard that faces south. 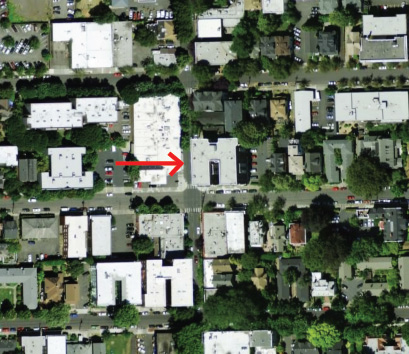 Building Statistics and Notables:
-38 residential and 1 commercial unit(s) in the building.

-This building is on the Historical Registry so aesthetic modifications cannot be made to its facades.

-Sewer line to building passes directly
under the subject staircase.

-Water/gas/electric connections to building within 10 horizontal feet of volume on first floor. 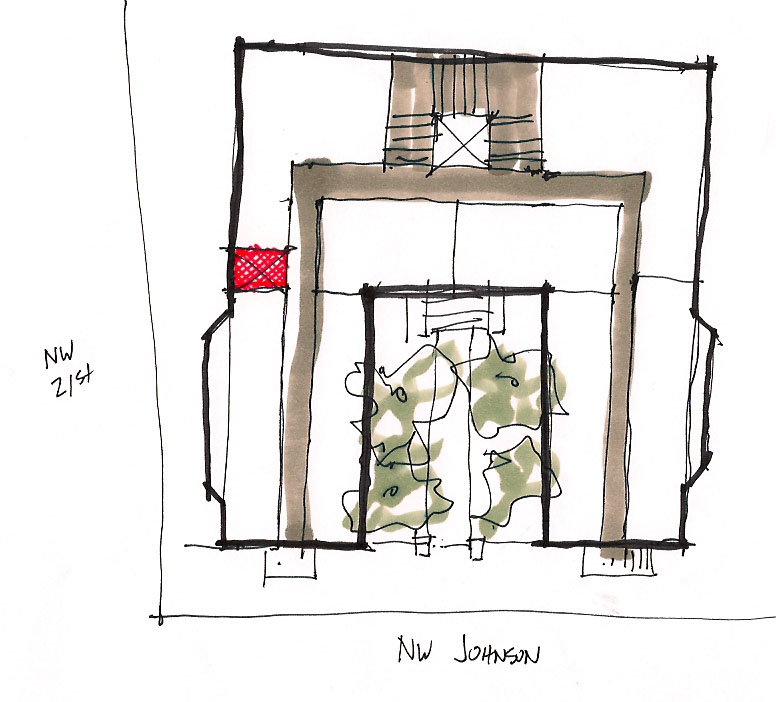 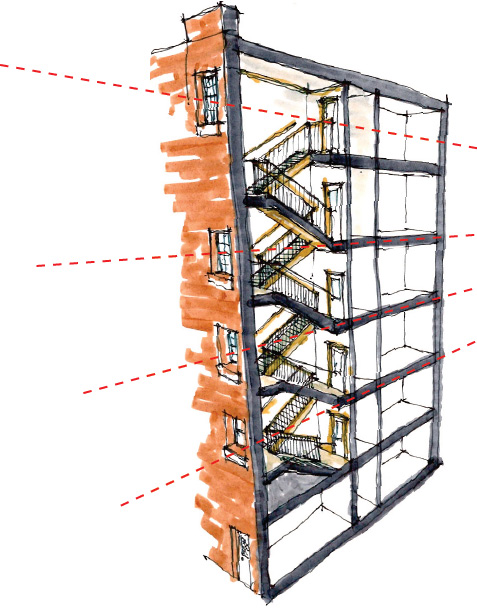 The three lower windows align with landings while the top window aligns with the 6th floor. This presents a challenge when designing potential floor arrangements in the stairwell. 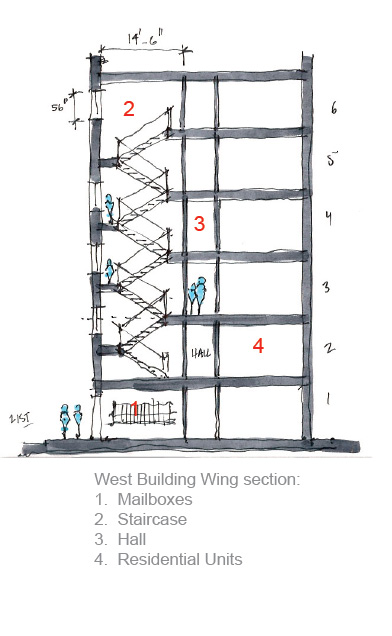 It is important to note that the brick exterior wall facing west will not be modified in any form in this proposal.  It is subsequently  important to note that the windows between the 2nd and 5th floors are centered on the landing of the stair thus making a simple extension of each building floor plate to the exterior wall difficult.  On the other hand, the sixth floor window is unique as it is at a suitable height to allow this floor to be extended out. 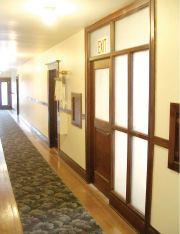 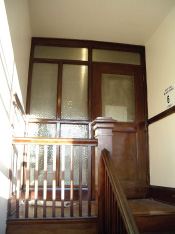 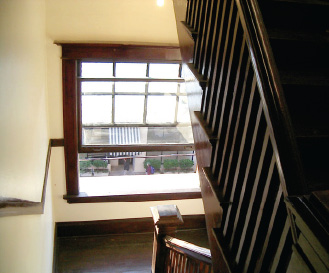 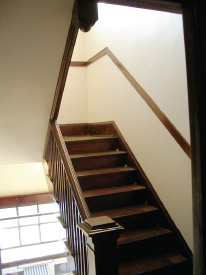 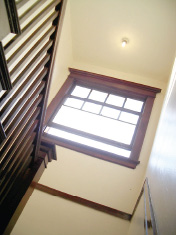 This staircase is legally termed “Common Space”.  Per the bylaws generated in 1996 for the Home Owner’s Association by the initial developers, common space cannot be sold or modified from its original state.  Thus any modification would require the creation of new bylaws for the building.

Here’s what we propose: 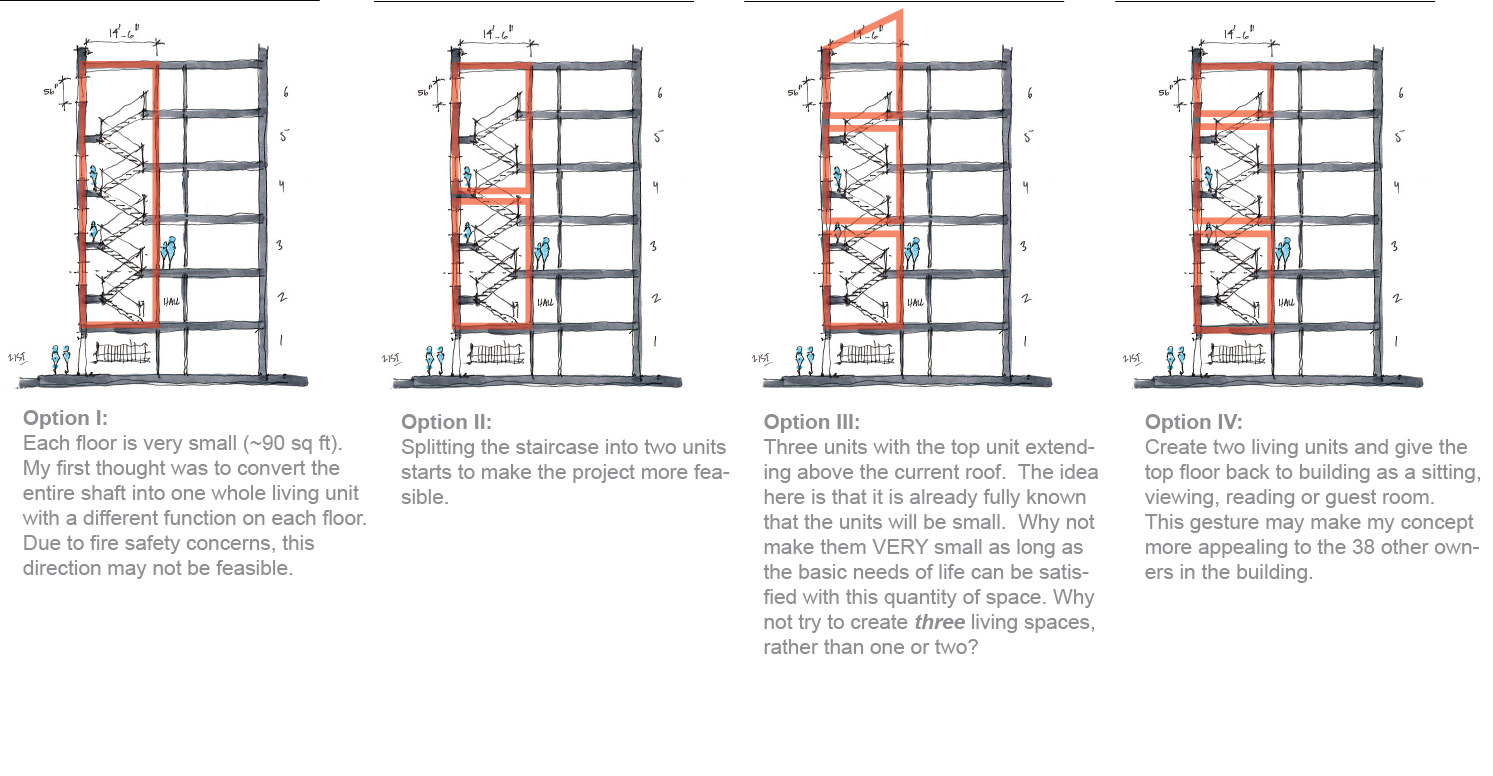 Below is Option III.  We like this direction most as it most fully utilizes the space. 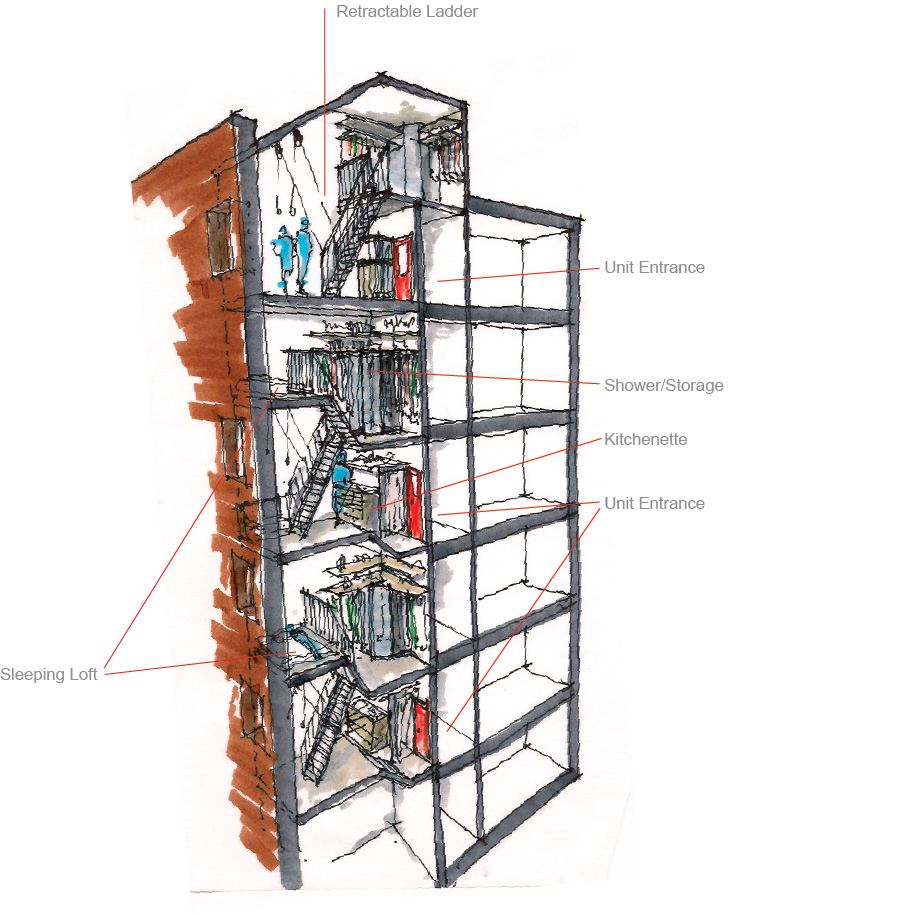 In consideration of potential new noise in this space:
This space is bordered on each side wall by residential units.  Fortunately there are no bedrooms in these units adjacent to this staircase; they are on the opposite ends of the units.

This project pushes the boundaries of space reinvention by converting a rarely used staircase into small, efficient living spaces.  They are ideally suited for individuals on the go seeking a place to call home in the heart of the city.  These units will be lit with natural light and ventilated by huge west-facing windows.  Not only is there a benefit for those who would live in these new units, but it would also benefit the building as a whole.  The new units would now earn monthly dues for the home owner’s association in addition to the immediate income of selling  the staircase.  Another benefit, option IV above, calls for donating the top floor space back to the building for community use.  Once the stairs are removed and donated, the shaft would clear for the addition of the simple structure proposed.  The staircase is directly over the buildings’ main service lines (sewer, water, and gas), allowing for a clean connection to services. 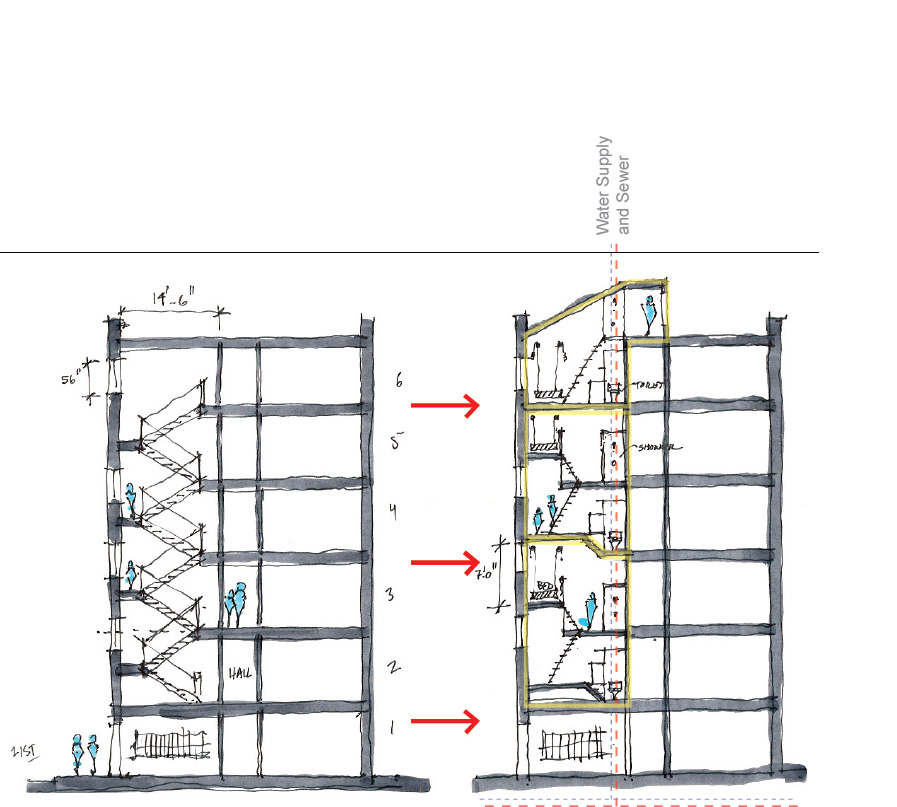 – Funding:  Unconventional project.
– Acceptance by other home owners:  Convincing the other residents of the building to allow such a project will be difficult.  From informal discussions with residents, their fear is such small space would attract “noisy young students”.  A follow-on to this is they fear that since these will be the only units that will be adjacent to other living spaces, there will be more noise transmitted through the walls.  Fortunately, the rooms in adjacent apartments on each side are kitchens.  The residents would have to be convinced that sound-proofing methods would neutralize unwanted noise.